Conservatives can criticize Tesla CEO Elon Musk for many things but being “woke” isn’t one of them.

Musk’s anti-woke streak rankles progressives and blue checkmark journalists on Twitter and has him constantly under assault from the Left.

And Elon Musk tweeted one thing that just put a globalist organization to shame.

The main ethos of the Left is “tax the rich.”

Or really – because so many of the rich are their cronies who got rich from taxes – take money from those who earned it and redistribute it to those who didn’t.

They believe virtually every problem in society can be fixed by simply redistributing money others’ earned.

That’s why CNN comically tweeted that 2% of Musk’s net worth could solve world hunger.

Musk responded by delivering a devastating gut punch to a muckety-muck for the United Nations.

“Elon Musk called out David Beasley, executive director of the United Nations World Food Programme on social media over reports that children in developing countries had been forced to have sex with UN officials in order to receive food. Musk says that he will donate $6 billion to fight world hunger if the UN explains exactly how that amount will solve the problem, adding a stipulation that the organization use ‘open source accounting, so the public sees precisely how the money is spent.’ The billionaire founder of Tesla and SpaceX made the comment in an argument on Twitter with Beasley, the latter of whom had urged Musk to donate $6 billion to combat world hunger.”

Musk linked to a UK Express article that delved into the issue of sexual abuse at the hands of UN peacekeepers. 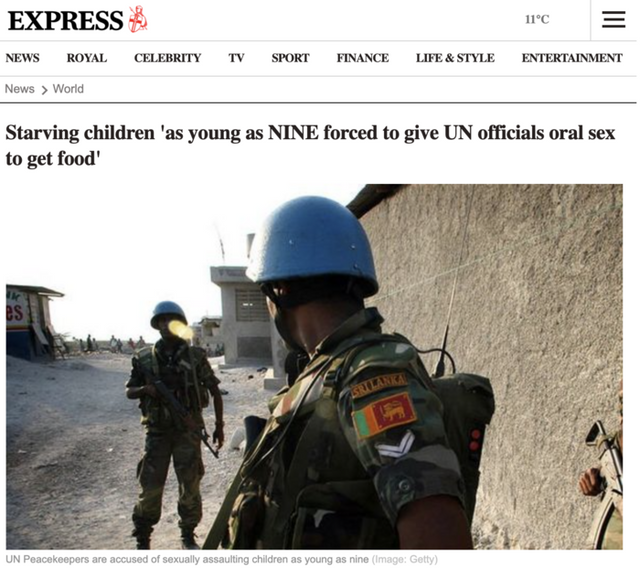 Back when Bernie Sanders first had his moment, he debated Ted Cruz and his entire economic schemes were exposed as bankrupt.

Cruz pointed out that if the Left confiscated all the wealth of all the billionaires in America, it would only fund Sanders’s insane plan for a little over a year.

And once all the wealth has been confiscated, that well is run dry.

This reality is lost on leftists like Beasley and the deeply corrupt UN and is just further proof the UN shouldn’t get another dime of funding from United States taxpayers.

Tucker Carlson may get banned for one jaw-dropping reason

More people than ever are at the mercy of Big Tech firms. That’s the consequence of life becoming…

“Woke” capitalism is one of the worst developments in years. Private corporations were long-viewed as a bulwark against…

Elites think very little of hard-working everyday Americans. But they don’t just see themselves as better than America…

Big Tech is encouraging employees to do one nightmarish thing

Big Tech firms are rapidly encroaching on freedoms. People are slowly understanding the consequences of the digital age.…