Joe Biden and his woke cronies are crumbling under pressure.

They cannot handle the constant denouncements of their terrible agenda.

And this Biden enemy got blindsided after he humiliated Disney with just two words.

He consistently needles the Biden administration, Democrats and their woke corporate cronies at every turn.

Now, it seems that’s why his Twitter account was recently suspended for no good reason at all.

Posobiec was temporarily locked out of his account for calling Disney “groomers” – indicating the company seeks to groom children for abuse – for peddling the nonsensical “Don’t Say Gay” slander of Florida’s new Parental Rights in Education law.

Posobiec got the hashtag “Disney Groomer” trending on the platform, much to the exasperation of the Left.

His account was suspended for allegedly promoting violence because he linked to a shirt critical of Disney. 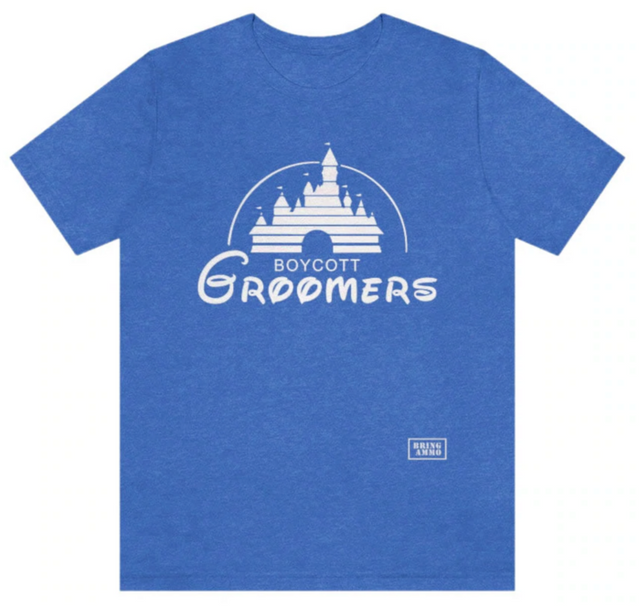 The shirts were created by a company called Bring Ammo, which was interpreted by leftists as a call for violence.

The Daily Beast was even forced to retract a hit piece about Posobiec that stated he was promoting violence.

The effective use of the term groomer is an example of the Right finally engaging in the culture war.

Like clockwork, establishment RINOs and Never-Trumpers showed up to police conservatives for playing as tough as the Left by using the term.

Daily Wire host Andrew Klavan eviscerated the mild-mannered right-wingers who refuse to fight the culture war, exclaiming, “[W]e have spent so long worried about whether we’re going to look dishonorable or we’re gonna look mean…or we’re not boxing by the Marquess of Queensberry rules while these guys are in a knife fight…I don’t believe that because they do horrible things, we should do horrible things. But they fight tough and smart, and we should fight tough and smart……It is just appalling that [RINOs] don’t want to let people who understand the culture better than they ever have fight the culture wars in a cultural way, because this is how culture wars are won. They’re won with language.”

Attacking leftist radicals as groomers has gotten under their skin but sadly — and weirdly— RINOs and Never-Trumpers say that’s not okay.

Joe Biden has always been a thin-skinned, vain politician. With his regime a total failure he’s more defensive…

Supreme Court Justice Clarence Thomas has been under attack by the Left for 40 years. But he has…

Nancy Pelosi is drunk on power running the House. She’s desperate to hold onto her job as Speaker. …

The Democrats are begrudgingly admitting the truth about Hunter Biden. A year-and-a-half later, the Left is acknowledging that…

A Republican spokesperson was silenced on Twitter for a startling reason

Big Tech censors are getting bolder by the minute. Anyone who questions the regime runs the risk of…

The Left have been going after Ron DeSantis for years. Anything he says or does gets twisted intentionally…

The culture of free speech is quickly eroding in the West. Something similar is also happening to privacy…