Now, he’s running for Congress and speaking out on the eve of war in Ukraine.

But this Army veteran running for Congress just got a jaw-dropping surprise over Ukraine.

Retired Green Beret Joe Kent is running for Congress in Washington State, and the establishment cronies who control Big Tech are determined to stop him.

Kent was banned from Google-owned YouTube, and no explanation was given.

Now, Kent is on thin ice with the left-wing gatekeepers at Twitter.

He was recently locked out of his account for several hours for no reason at all. 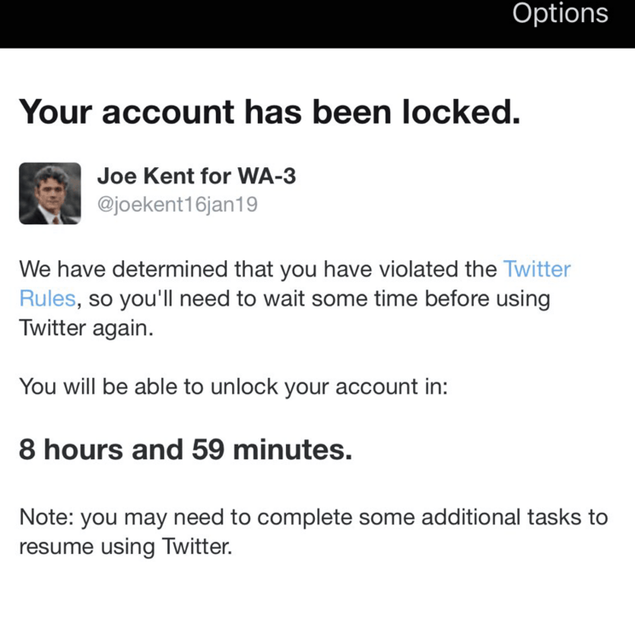 Kent told Breitbart that “Twitter’s suspension of me is without cause…In the past 24 hours I have tweeted my concerns about Biden recklessly escalating tensions with Russia over Ukraine. It is clear that Twitter is trying to silence credible voices that are questioning Biden’s disastrous foreign policy.”

Kent, who lost his wife during a bombing in Syria, has been a staunch critic of the establishment’s endless wars.

Kent does not fit the mold of the neocons and RINOs that are propped up by the corporate press.

“This is big tech limiting my voice as an American and as a political candidate. It’s very telling that they focused on me over my take on an issue that has bipartisan establishment and mainstream media support; another war. The establishment is craving war and won’t tolerate dissent.”

The main reason Donald Trump was so hated by the establishment is that he wanted to end the forever wars.

Kent has frequently spoken on that fact.

“Trump tried to get troops out of Syria the first time, and we all saw what happened after that Secretary of Defense Mattis and the rest of the permanent ruling class in the Pentagon and the government turned against President Trump in an effort to keep our troops overseas and deployed,” Kent said.

Kent has also been a sharp critic of Joe Biden’s disastrous foreign policy.

Not only has Biden escalated tensions with Russia over Ukraine, he oversaw a disastrous withdrawal from Afghanistan.

The neocons cannot stand the fact that people like Kent are ascendant within the GOP.

Vladimir Putin’s war of aggression against Ukraine has caused a ripple effect throughout the globe. Joe Biden is…

Facebook attempted one big move that blew up in its face

Facebook is under the microscope for its toxic online environment. The social media giant has been one of…

Former President Donald Trump remains quiet on his future political plans. However, he is not remaining quiet on…

Regime media competitor had the perfect response to left-wing propagandists

The Left no longer pretend to be in favor of free speech. Power is the only principle they…

Big Tech is in meltdown mode over Biden’s coronavirus policy

The Biden administration is playing ping-pong with the American people. There’s no rhyme or reason to the arbitrary…

YouTube tried to take on Ron Paul. But they severely underestimated the former Congressman’s base

A Republican spokesperson was silenced on Twitter for a startling reason

Big Tech censors are getting bolder by the minute. Anyone who questions the regime runs the risk of…