The contest to host each year’s Super Bowl game is furious on its own.

But one state just sold out to the National Football League (NFL).

When the chance to host a Super Bowl game comes their way, city leaders tend to fall over themselves to win the coveted honor.

The entire Phoenix, Arizona metro area is worked up over the coming event with host city Glendale taxpayers shelling out $2.5 million to get ready for the event.

They’re banking on a good turnout to generate tens of millions in taxes and hundreds of millions of spending at local businesses.

But some property owners are taking a direct hit to their wallets over the event—and they’re not one bit happy about being forced to shut down and shut up based on the whims of local leaders.

Now an Arizona businessman has filed a lawsuit against the City of Phoenix for banning “temporary signage” on private property in the city’s downtown area unless the property owners get prior approval from the NFL.

“The city of Phoenix is letting the NFL decide what I can and cannot say on my own property. That’s not right,” Bramley Paulin was quoted as saying by Reason magazine.

A city staff member was completely unapologetic, essentially claiming that the NFL’s advertisers have essentially paid for the entire skyline.

“The NFL sponsors are making a huge financial commitment to be one of those designated sponsors, and we need to provide that protection to those sponsors in the downtown area where a lot of the Super Bowl events are happening,” the staffer argued.

“It’s a blanket prior restraint on speech,” John Thorpe explained.

The lawsuit delves into the city’s violation of free speech and due process clauses in the Arizona state constitution.

Paulin and Thorpe are also taking a swing at the city for delegating its authority to the NFL and the Arizona Super Bowl Host Committee which was apparently willing to make some big promises to benefit local government — even if it had to walk on the rights of individual citizens in the process.

The Cancel Mob is out to take down anyone who doesn’t bow at the altar of political correctness.…

Billionaire Elon Musk has learned the hard way that the Left is deranged. Now the latest legal drama…

Tucker Carlson set the media on fire when he interviewed Kanye West. Entertainment superstars are not supposed to… 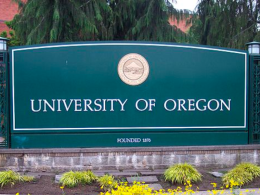 Professor sues for $17.91 and gets one painful admission from his university

One professor in deep blue Oregon’s legal case just got a big boost. While his university was happy…

Leftists have accelerated their radicalism in recent years. The extremists that were once relegated to college campuses are…

There may be few places in life where it’s tougher to be a Christian conservative than Hollywood. The…