Kamala Harris has been a disaster as Vice President and the toxic working environment in Harris’s staff has exploded into an open secret in Washington, D.C.

Now, massive upheaval in the Vice President’s office is leading to all new disasters.

It’s an open secret in Washington, D.C. that working for Kamala Harris is a nightmare.

But it’s come to light that Harris’s new press secretary tried to cover up her disturbing past but forgot to hide some shocking posts.

In preparation for her new post, Allen purged over 10,000 posts from social media in order to hide her radical past, but some controversial messages slipped through the cracks.

For example, Allen had an Instagram photo she took standing in front of the tomb of communist leader Leon Trotsky with a hammer and sickle prominently featured. 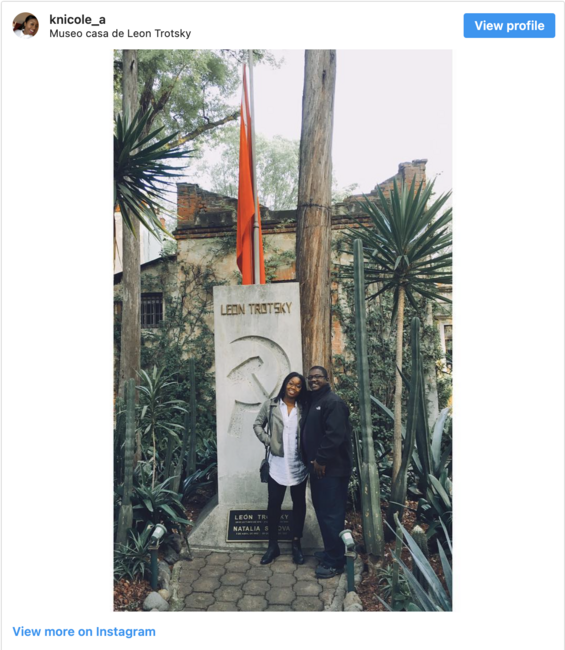 Nazism and the swastika are rightly condemned, but leftists play cutesy with communism and the hammer and sickle.

There are public figures on the Left in media, academia, and Hollywood who are literal avowed communists, even after a century of oppression and over 100 million dead thanks to the evil ideology.

Allen also blamed voter suppression for the gubernatorial losses of Stacey Abrams in Georgia and Andrew Gillum in Florida.

Allen is also in favor of felons voting in elections.

Breitbart reported “Allen also advocated for felons to vote in 2016 and 2018. In 2016, Allen shared an NBC Washington article that stated non-felon prisoners in the D.C. jails voted in the 2016 election.”

Allen said, “Most inmates at D.C. Jail are not felons…Many, if not most, haven’t been convicted of anything and are awaiting trial.”

Yet, there is no way Allen or any other Democrat would advocate for the January 6th defendants, many of whom are still awaiting trial in jail, to be released or allowed to vote in the 2022 midterms.

For leftists, prison reform and abolition only apply to those they deem political allies.

Angela Davis, a prison abolitionist who twice ran for vice president on the Communist Party ticket, refused to speak up on behalf of Soviet prisoners because she believed their imprisonment must have been justified since they challenged the regime.

Davis believed that people should not be free to flee communist countries for capitalist ones.

Allen is as radical as they come.

Casualties are mounting in the international crisis sparked by the conflict in Ukraine. The war is causing unforeseen…

The radical Left doesn’t just want to ban certain speech, they want Americans forced to recite whatever the…

Donald Trump is gearing up for a political comeback for the ages. Big Tech is going to do…

More and more the Left’s every move is backfiring. But Democrats still haven’t recognized people are fed up…

Alexandria Ocasio-Cortez knows she can always count on Big Tech to have her back. She’s willing to put…

Jim Jordan is the conservative watchdog the radical Left fears. He’s taking no prisoners going after their schemes.…

The Democratic establishment has taken over nearly every American institution. In truly fascistic style, Joe Biden and the…

Joe Biden and the Democrats are hellbent on imposing medical tyranny. Public health officials have their marching orders…