That’s a good sign that he’s been effective as governor.

Now DeSantis is forcing “woke” universities to do something they’re dreading.

Florida Governor Ron DeSantis has been instrumental in fighting the culture war.

He figured out that voters have an appetite for a political leader who’s willing to push back against the radical Left.

Higher education is where all of the bad ideas fester, then trickle down to the rest of society.

Far-left professors took over academia long ago, and their students have become professors, administrators, K-12 teachers, journalists, politicians, artists, and so on.

That’s why there is no place in America more left-wing than a college campus.

But DeSantis is using his power as governor to get the receipts on just how much money has been spent on “diversity” programs.

The Daily Wire reported that the “office of Governor Ron DeSantis (R-FL) requested information on diversity expenditures from state universities. A memo addressed to Florida Education Commissioner Manny Diaz and Florida State University System Chancellor Ray Rodrigues…told the officials to gather data on diversity initiatives in the higher education system as the Florida legislature begins to consider budget proposals…For each initiative, university administrators were told to include a brief description of the program, the number of staff positions associated with the program, the total funding used to support the program, and the portion of the funding that came from taxpayer dollars.”

This is what every single red state governor in America should be doing.

People need to see how much of their taxpayer dollars are funding far-left nonsense.

The Left cannot function without leeching off of taxpayers because there is no organic financial backing for their agenda.

Taxpayers may want funding for education, but they don’t want free speech and academic inquiry quashed and they don’t want their dollars used to divide classrooms by races and teach students that America was founded to advance slavery.

The memo from DeSantis’s office read, “It is important that we have a full understanding of the operational expenses of state institutions…This letter is a request for information from the Department of Education and the State University System regarding the expenditure of state resources on programs and initiatives related to diversity, equity and inclusion, and critical race theory within our state colleges and universities.”

Public universities around the country are paying DEI (diversity, equity, and inclusivity) czars salaries in the mid-six figure range.

These are simply highly-paid leftist activists.

If leftists want to fund this nonsense, they should be free to do so.

But people who disagree with these divisive concepts should have the opportunity to divest.

Few know the art of infuriating leftists quite like Mark Levin. He knows exactly how to destroy them…

Donald Trump was constantly attacked because of his America First agenda. The globalists had different plans, and Trump…

During the Covid-19 pandemic, the Centers for Disease Control (CDC) seemingly became the most powerful entity in the… 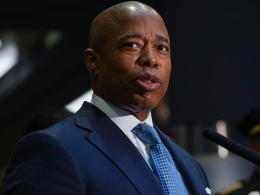 The Constitution is a roadblock in the way of Democrat power grabs. One Democrat made a major miscalculation.…

Hillary Clinton just got hit with another wrecking ball

Donald Trump ruined Barack Obama and Hillary’s succession plan. They threw everything they could at muzzling the America…