The Left are constantly looking for more ways to control people.

Their ideology is hostile to the concept of liberty.

And Mark Zuckerberg proved Big Brother is always watching with one chilling policy.

Facebook CEO Mark Zuckerberg is not shy about putting his finger on the scales.

He spent roughly $400 million in “Zuck Bucks” in order to influence the 2020 presidential election to make sure that Joe Biden won.

Now, Zuckerberg is being forced to admit some harsh truths after the company has suffered financially following his political meddling to help elect Joe Biden.

With the economy heading into a stagflationary recession, Zuckerberg wants to monitor workers who “coast” and get rid of them, according to a leaked document.

The Daily Mail reported that “Mark Zuckerberg is finally getting tough on staff as managers are ordered to oust ‘coasting’ employees amidst a devastating downturn in value. An internal memo sent on Friday by Facebook’s head of engineering, Maher Saba, directed engineering managers to report anyone who ‘needs support’ to human resources by 5pm Monday, according to the Information…The move is a dramatic change of tone for the social media giant – recently rebranded as Meta – which was well known in its early days for setting the tone for the relaxed and laid-back corporate attitude that came to characterize Silicon Valley.”

With Facebook losing steam and Meta not taking off as Zuckerberg hoped, he’s taking out his frustration on employees.

Saba supposedly wrote in a message, “If a direct report is coasting or is a low performer, they are not who we need; they are failing this company…As a manager, you cannot allow someone to be net neutral or negative for Meta.”

Conservatives have ripped the company for censorship while leftists are furious that Facebook does not censor enough.

So-called Facebook whistleblower Frances Haugen made the press rounds and called for the company to be heavily regulated.

The Daily Mail added that “the news comes as Facebook’s value has plummeted in the past months – declining nearly 52 per cent since the start of 2022 – amidst an ongoing reckoning of the company’s privacy policies that has gutted its longtime method of making money by selling user data…Zuckerberg indicated that one …cost cutting methods would be rooting out dead weight…It was not immediately clear what led Zuckerberg to believe there was dead-weight in the company’s staff.”

Zuckerberg needs a reason to fire people, and persistent monitoring for “coasting” is as good an excuse as any.

But after his political meddling to help elect Joe Biden and Facebooks’ censorship of conservatives, hopefully the folks he’ll be forcing out in the purge will be his fellow leftists.

The good news is, when not engaged in unhinged activism, leftists tend to be incredibly lazy.

Lena Dunham school did one thing that will leave you furious

Democrats all think they’re the smartest person in every room, not to mention, funny and super witty. And…

Democrats thought they had a monopoly on the flow of information. Now, they’re in absolute panic mode over…

Journalist who exposed Antifa terrorists got silenced for an infuriating reason

The so-called mainstream media have become utterly corrupt. Any reporter who challenges the establishment narrative runs the risk…

Democrats are in the midst of their latest gun control push. Gun rights advocates have caught onto the…

Twitter got some bad news in its fight with Elon Musk

Elon Musk’s deal to buy Twitter looks to be dead. Now the social media giant is taking him… 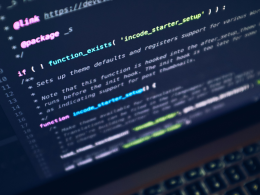 The sad truth is, many tech developers are not looking for ways to make life better for people.…

The inmates are running the asylum on the Left. And they have escaped into broader society. Now Facebook…