Elon Musk broke the health Dictocrats with one logical announcement

And this one logical announcement is causing a phenomenal meltdown.

As the Covid-19 pandemic unfolded in 2020 and 2021, Americans were left slack-jawed over how they’ve been betrayed by overpaid and power-hungry government scientists.

“Following the science” quickly became a rallying cry for leftists who like to pretend their own agenda is “the science.”

But billionaire Elon Musk—who ponied up $44 billion in order to gain control of Twitter and uncovered the social media giant’s dirtiest secrets—just rocked the boat in a big way.

Immediately after information was released revealing that Twitter employees, unbelievably, had their own internal “Fauci Fan Club,” Elon Musk made a stunning announcement.

In an era where government propaganda has been dubbed “science” by the establishment, Musk had the gall to point out the truth.

That announcement lit up the platform with one scientist cracking a joke about the role government propaganda played during the pandemic.

“The science is anything that His Eminence Lord Fauci says it is,” Gad Saad joked. “His Excellency is science.”

Of course, Saad was referring to the time Fauci actually claimed that he was “The Science” during an interview.

Musk fired back noting that “anyone who says that questioning them is questioning science itself cannot be regarded as a scientist.”

The shift from serving to an authoritarian and partisan agenda against using logic wasn’t lost on journalist David Martosko.

“Isn’t it remarkable that this is a departure from what we’ve seen for many years?” Martosko pointed out. “I hope it also means it will be acceptable to examine who’s funding science and what kind of restrictions that places on scientists.”

Naturally, Musk’s trolls are still alive and well on Twitter with New York Times/CNN contributor Wajahat Ali responding to Musk’s announcement by tweeting, “Something a really dumb person would tweet.”

That attention grasping line certainly earned him some pushback.

“Wow, what a stinger with that one @WajahatAli. The man built Tesla, a rocket that could land itself, SpaceX, basically took over NASA, satellite internet that can work anywhere,” @driverwedge2 fired back. “Just curious, what have you done to help this world?”

The last thing government “scientists” on the Left want is average people asking real questions, but it looks like their days successfully peddling propaganda unchallenged on Twitter are over.

The all-out leftist assault against Elon Musk continues. He has made himself a target by challenging some of…

The Left claims Donald Trump made reporting more dangerous for journalists. Yet these same leftists have zero concern…

Joe Biden and his woke cronies are crumbling under pressure. They cannot handle the constant denouncements of their…

Fallout from Elon Musk’s attempt to buy Twitter continues. The billionaire pulled out of the deal for a… 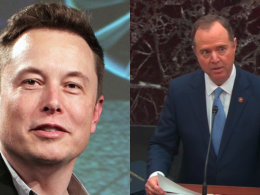 With his purchase of Twitter, Elon Musk landed himself right in the middle of the political fray. Congressman…

From Russia collusion to the pandemic, masking, jabs and beyond, left-wing federal goon squads have been brazenly medaling…

Elon Musk continues to wage war with the establishment. He has allowed many people back on Twitter, and…