The Left is scared sick of Donald Trump running in 2024.

But crossing one line was too far in trying to shut him down.

And Democrat’s attempts to muzzle Donald Trump just backfired in a major way.

Donald Trump is doing his part to fight back against Big Tech censorship.

The Capitol Hill riot was used as a pretext to permanently boot him from every single major social media platform.

The move was so shocking, even left-wing critics of Trump like former German Chancellor Angela Merkel were critical of his digital banishment.

But Trump responded by building his own social media app called Truth Social, and it’s currently sitting atop the Apple App Store. 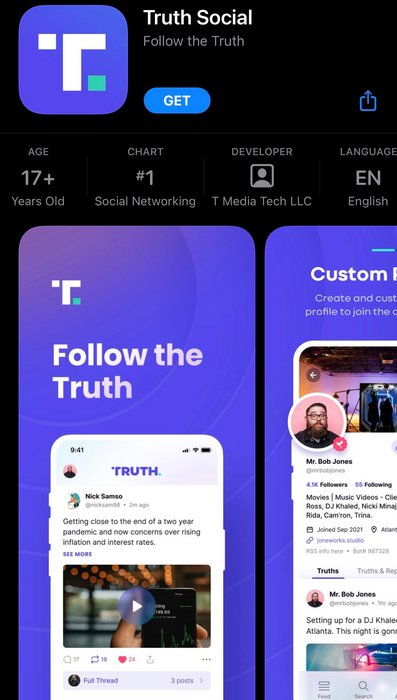 The problem of Big Tech censorship has accelerated in the past few years, and it’s caused problems for right-wingers who couldn’t have imagined that corporate America would go “woke” and be in favor of silencing dissenting voices.

But many on the Right are finally stepping up.

Trump tapped former Congressman Devin Nunes to lead his digital company TMTG, and Truth Social looks to be off to a promising start.

When Nunes was first announced as CEO, he said:

“The time has come to reopen the Internet and allow for the free flow of ideas and expression without censorship. The United States of America made the dream of the Internet a reality and it will be an American company that restores the dream. I’m humbled and honored President Trump has asked me to lead the mission and the world class team that will deliver on this promise.”

Building competing platforms is a good start, but there are still bottlenecks ahead.

However, Truth Social is still dependent on Apple’s App Store for smartphone usage.

For example, Gab, a free speech alternative to Twitter, is not allowed on the app stores for Apple and Google, the two companies that dominate the smartphone market.

However, Gab is organically building loyal followers, which is what Truth Social will have to do.

If Apple pulls the rug from underneath Truth Social, which could happen at any time, users will have to be ready for any inconveniences, such as using a web browser instead of the app.

Nevertheless, more competition against the Big Tech oligarchs is much needed.

They’ve begun to act as arms of the state, and they’re trying to rein in free and open discourse.

Joe Biden continues to bulldoze democratic norms. Never before has the former President been targeted by the succeeding…

The censorship of conservatives is no longer mere speculation. Big Tech is taking a very public and active…

The Fake News Media is entirely rigged against Donald Trump and his supporters. But despite spending years trying…

The Democrats have been on a mission to destroy Donald Trump for six years. They have been joined…

Trump Derangement Syndrome does not appear to have a bottom. Democrats and Never-Trumpers will go to any extremes…

Joe Biden has the Democrats in full-blown panic mode. They know that either he or Kamala Harris are…

Trump lovers in Alaska are sitting pretty – but that’s it

Joe Biden and his administration are completely out of control. Biden has unleashed the DOJ to go after…